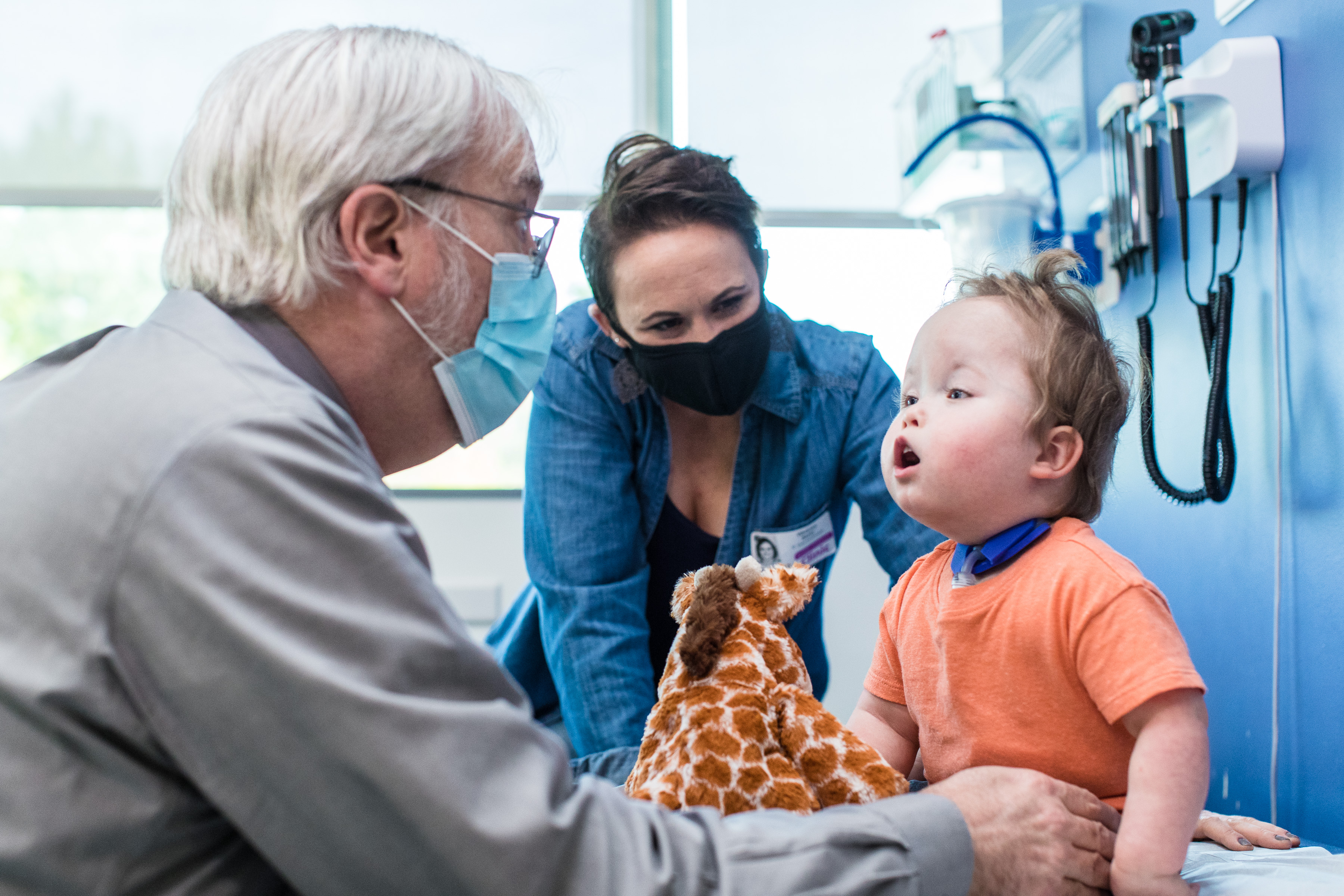 When my husband, Jason, and I announced I was pregnant with our first child, our whole family was thrilled. We talked about youth sports and science camp and college. We bought clothes and planned the nursery. We picked out our son’s name: Malachi.

At almost five months along, our world came crashing down. We learned our baby would be born with the most severe form of spina bifida – a type called myelomeningocele where the spinal cord and nerves are exposed in the womb through an opening in the spine. He’d need surgery the day he was born to close the spinal defect, and a surgery the following day to implant a shunt that would drain fluid from his brain for the rest of his life.

Delivery came early.
On January 18, 2018, I was airlifted from our home in Yakima to the University of Washington Medical Center, where Malachi came into the world just after midnight via emergency surgery – five weeks early. Just a few hours after his birth, he was whisked off to Seattle Children’s for his first two lifesaving procedures.

Since then, we’ve spent more than 380 days in the hospital – and along the way, our strong boy has also made it through open heart surgery, a tracheostomy and a second shunt surgery. There were many days when we feared the worst.

Today, Malachi depends on a tracheostomy tube and ventilator to breathe, and his condition requires around-the-clock care. Because he’s paralyzed from the waist down, he is learning to use a wheelchair to get around. But the most important thing to know about Malachi is that he’s a very happy kid – he goes to bed smiling and wakes up smiling.

A team like no other.
No parent wishes to be at Seattle Children’s, but it’s the one place they’ll most appreciate if they find themselves in a situation like ours. Long before I was pregnant, I’d heard people describe the hospital as a special place. Now I know why.

It’s the volunteers whose compassionate giving knows no bounds – from free massages and haircuts to visits from therapy dogs and musicians. It’s the social workers who make sure families like ours don’t lose our homes to medical bankruptcy. It’s the medical students who hold our hands when fear overtakes us. It’s the incredible generosity of donors who make lifesaving care like Malachi’s possible. And it’s the amazing doctors and nurses to whom we owe everything, especially our personal angels on the Medically Complex Child team. They’ve followed us from the beginning and continue to be an absolute safety net for us. Out of all the priceless gifts our care teams have given us, there’s one that sustains us: the simple belief that our son has boundless potential. Malachi is different, but he is bright and beautiful – and it’s clear that his caregivers see him for the unique, extraordinary child he is.

For us, that unique care is the reason we call the hospital our second home.