From a government shutdown to the COVID-19 crisis — a mission to serve. 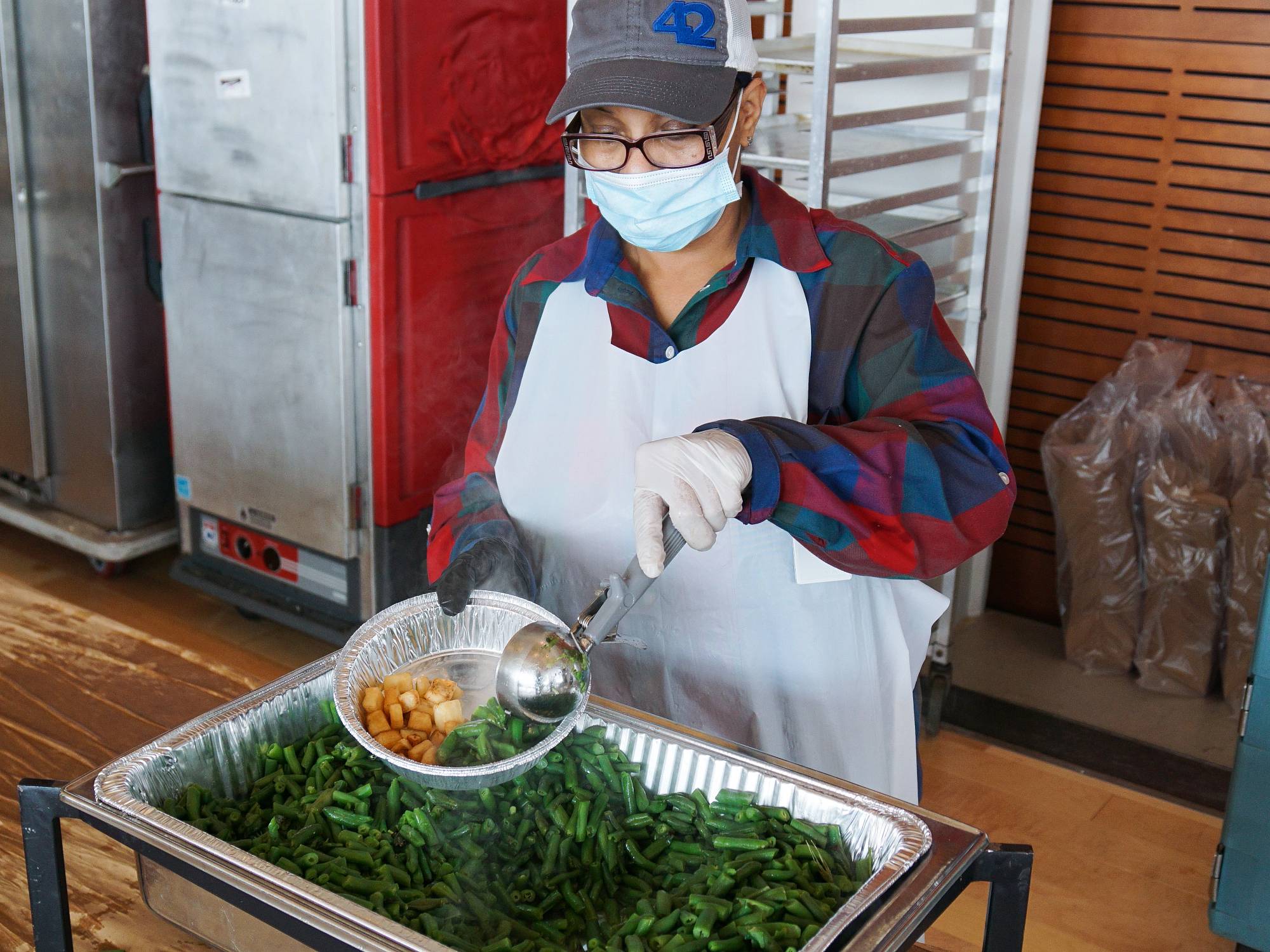 In the early ’90s, Chef José Andrés moved to Washington, D.C. to lead the kitchen at a local tapas restaurant. Despite long workdays, Andrés spent much of his spare time volunteering at DC Central Kitchen, an organization that provides culinary job training and placement for the unemployed as well as thousands of meals per day. It was during one of his shifts at the community kitchen that Andrés met President Clinton.

Speaking to a group of volunteers, President Clinton singled him out. “Every single year here, 5,000 volunteers roll up their sleeves and give something back,” he said. “People like José Andrés, one of the premier young chefs in America. Despite the literally crazy demands of his job, he comes here every single week to share his passion and his skills.” It was this sense of community and service that led Andrés to form his own nonprofit, World Central Kitchen, in 2010. The organization’s mission is simple: “We make sure that where there [are] hungry people, especially under very difficult circumstances, that people are going to have a decent plate of hot food.”

In 2019, when a lengthy government shutdown affected civil service workers, World Central Kitchen teamed up with restaurants and other food providers across the country to provide meals for the furloughed government employees and their families — including at the Clinton Presidential Center in Little Rock, Arkansas. Together with local food truck owner Kyle Pounders, staff from the Clinton Foundation and World Central Kitchen helped provide 70,000 meals for those impacted in the central Arkansas region. The Clinton Foundation also quickly mobilized a Day of Action service project to help the Arkansas Food Bank and the Diaper Bank of the Ozarks, sorting and packing diapers and essential items to be distributed to impacted families.

Little did they know that thanks to this initial partnership in 2019, the Clinton Foundation and World Central Kitchen were better prepared to mobilize quickly when the COVID-19 crisis began to affect the Little Rock community. Along with the City of Little Rock, local school districts, and other partners, the Clinton Foundation and World Central Kitchen responded after local schools were closed to help prepare and distribute thousands of meals from the Clinton Center — more than 350,000 meals to date — to students, families, seniors, and other vulnerable people in need.

Through this effort, the Clinton Center has been transformed into the hub for cooking, packaging, and delivering meals for the community. Each day, a force of more than 60 volunteers works to make sure that nearly 7,000 meals are accessible. Meals are loaded and distributed to grab-and-go pick up points around the county with the help of local food trucks. For the elderly, meals are delivered directly to their residences. Lunch and dinner are available to anyone in need each weekday, as well as lunch on weekends.

Since its founding, the Clinton Center has been a resource for the central Arkansas region — a place to gather, learn, and engage with the community. From family-friendly cultural exhibits like “Washed Ashore: Art to Save the Sea” that promotes the importance of sustainable lifestyles, to one-of-a-kind educational programs with notable and even notorious speakers such as the Honorable Ruth Bader Ginsburg — the Clinton Center applies the unique perspective of President Bill Clinton’s lifetime of public service to help us understand the world we live in today. And hopefully to inspire countless others to share their passion, skills, and stories to better serve their communities.