A Haven For The Hudsons 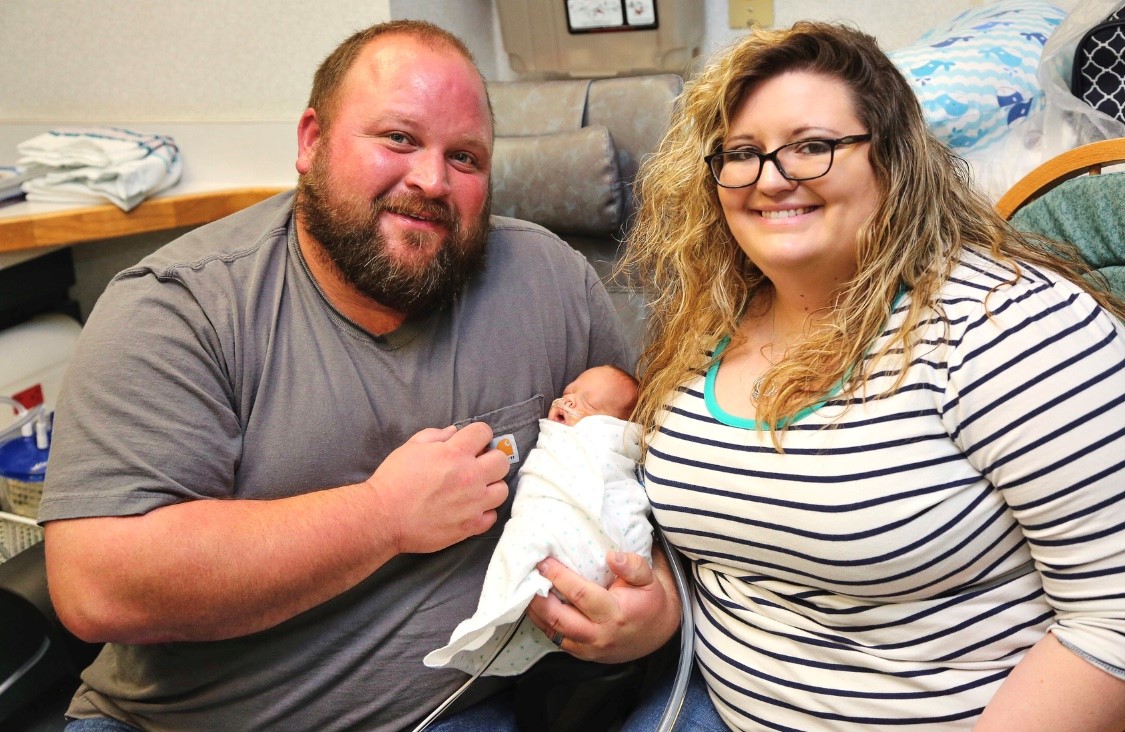 Hospital for the Holidays

In December 2016, just two days after Christmas, our lives changed forever. At just 23 weeks pregnant, my water broke.
We were rushed to a hospital that could help with high-risk pregnancies and deliveries. Doctors there told us that the earliest a baby can typically survive outside of the womb is at 24 weeks. We were prepared for the worst but didn’t give up hope through that long, scary week.

Fortunately, Merrick held on for a full two weeks before my body naturally went into labor. He was born at 25 weeks and 3 days, weighing 1 lb. 13 oz. He was immediately taken to be stabilized, intubated, and put on a ventilator. More than 10 hours later, I finally got to see him.

Merrick was in the NICU for 92 days. During this time, we had several close calls while he battled a blood infection and pneumonia, struggled with symptoms related to his congenital heart defect, and was diagnosed with chronic lung disease, apnea, and eye disease, to name a few.

Two weeks after bringing him home, Merrick began to have issues eating. He would scream, cry, and projectile vomit upwards of 10 times a day. His vomiting caused him to choke, stop breathing, and turn blue.
Doctors told us that Merrick had reflux and a dairy allergy that he would grow out of by age 1. When he did not grow out of it, I couldn’t stand by and watch my son suffer anymore.

After countless hours of searching for answers, I found a clinic that specializes in kids who have lung disease, feeding, and GI issues. Though it was almost 4 hours away, we decided to move Merrick’s care to these specialists in Washington, D.C.
We had to wake up in the middle of the night to drive almost four hours for an early morning appointment, drive another four hours to get home, then head back to work the next day. It was exhausting - to say the least!

But it was worth it. For the first time since bringing Merrick home, we had a care team who took his issues seriously. He is doing much better since starting medications, speech therapy, feeding therapy, and occupational therapy.

At Home and Not Alone

We were so happy when we were given at room at the Ronald McDonald House of DC. There is no specialized pediatric care where we live, so we must travel. Having a place to stay near your child, get a shower, eat, and sleep alleviates so much of the stress.

We arrive at the House the night before an appointment, which allows all of us to get a good night’s sleep and make a short drive to the hospital.

When we check in, there is a care package waiting for us with books, toys, a blanket, PJ's, and toiletries. Being the parent of a sick kid is very isolating and lonely. These care packages and small gestures mean the world to us, because it reminds us that we are not alone, and we have so many people rooting for Merrick.

It Takes A Village

My favorite part about the House is knowing there is always a “home-away-from-home” and a support team waiting for us. I want to give my heartfelt thanks to all who have contributed to making the Ronald McDonald House of DC all that it is.
There are no words to describe what it is like to be the parent of a sick child. Nothing else seems to matter, but the reality is that even though your child is sick, the world around you doesn’t stop. You still have to eat, sleep, shower, work, and keep up with responsibilities at home.

The services provided by the partners of Ronald McDonald House truly changes the lives of families like mine.

Charity Name
Ronald McDonald House Charities® of Greater Washington, DC
Photo Caption
Merrick was born at 25 weeks and 3 days, weighing 1 lb. 13 oz. His mom and dad were by his side every day for 92 days while he received treatment in the Neonatal Intensive Care Unit.
Photo Credit
Kristie Hudson
CFC Number
15005