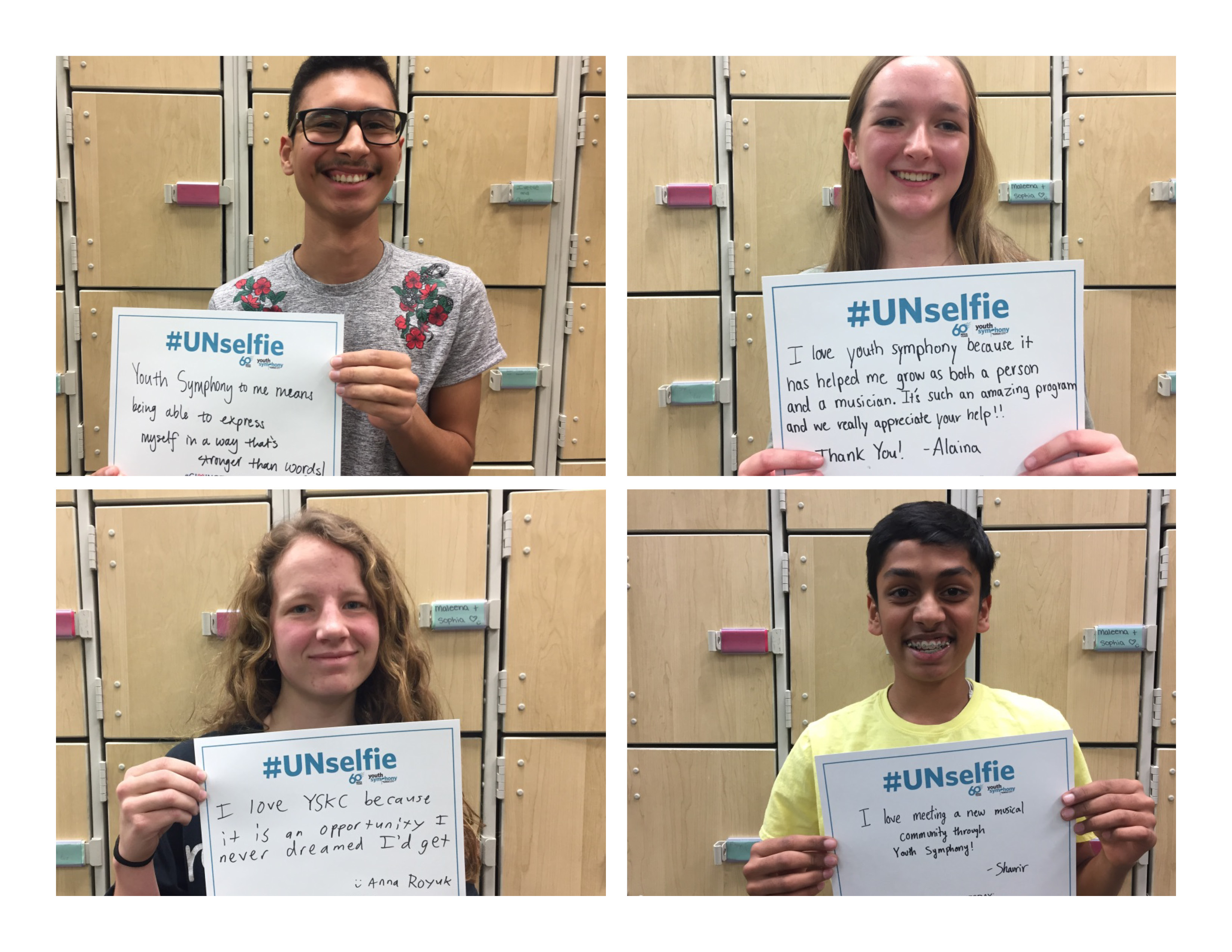 “I was in the Youth Symphony of Kansas City from about 1964 to 1972. It was the most amazing experience I think I’ve had musically. I’ve done a lot of things with music that have taken me around the world, but I will never forget the day that I was told I was going to be in Youth Symphony. I think I was fourteen years old.

The big thing was going to Europe in 1969. We went to London and Seville, Spain. I will never forget the night before; it was so vivid in my mind. I was ironing my clothes, packing, getting ready to go, and the singer Tom Jones was on TV on some show singing the song “Live for Life.”

‘Come with me, my love. Seize the day / Live it fully, live it fast / Never thinking much about tomorrow / Till tomorrow’s been and gone past.” And I was thinking, “That’s my song!’

I was getting ready to get on a plane the next morning to go to London, England, across the world. I’m a kid from the inner city of Kansas City going to London, England, and this was a time when people didn’t do it as much as they do now, and I thought, ‘This is what’s possible for me.’”

Rosalyn Story is a violinist with the Fort Worth Symphony, as well as a successful journalist and author. Her articles have appeared in Essence, the Washington Post, Dallas Morning News, Opera News, and Symphony Magazine. She is the author of And So I Sing: African American Divas of Opera and Concert, the first comprehensive study of black women in opera. She is also the author of two novels, More Than You Know and Wading Home: A Novel of New Orleans, the latter of which was adapted into an opera in 2015.

“The first rehearsal I played was Swan Lake. Playing that music with a full symphony of highly-motivated young players when I had never played in an orchestra before (or any ensemble larger than the 10-piece band at my elementary school) simply blew my mind! I never recovered, thankfully!

[Youth Symphony’s role in my career] was huge! Playing the greatest music ever written starting when you are in the 6th grade with a great group of like-minded individuals will change the way you look at the entire universe; forever. I wish every kid had that opportunity. Unfortunately, I was in a very small minority. Kansas City is the exception not the norm, I’m afraid.”

Kansas native Chris Komer is a uniquely versatile musician who is as at home in the concert hall (New York Philharmonic, Metropolitan Opera, Orpheus Chamber Orchestra) and the recording studio (Barbra Streisand, Natalie Cole, Sting) as he is in the jazz club (Lincoln Center Jazz Orchestra, Michael Brecker Quindectet, Chuck Mangione) He just finished a run as principal horn with the latest revival of West Side Story on Broadway and is currently the Acting Principal Horn with the New Jersey Symphony. He is also the Professor of Horn at Princeton University. In 2009 he released his first solo piano CD of all original and improvised music entitled 'Travlin' Music'. He has also founded a unique artist's retreat in the rocky mountains of Montana called the Artist's Refuge at Thunderhead.