Each of the 36 local CFC zones is governed by a Local Federal Coordinating Committee (LFCC). An LFCC is comprised of federal employees and, whenever possible, members of local federal inter-agency organizations, such as Federal Executive Boards, Federal Executive Associations or, in the absence of such organizations, self-organized associations of local federal officials. LFCCs are overseen by OPM and must comply with CFC regulations and guidance memoranda, as well as meet the deadlines in the CFC calendar. LFCCs serve as a board of directors for the campaign zone. LFCCs are responsible for selecting an Outreach Coordinator (OC) to implement the CFC in the local zone and monitoring their work. Maj. Gen. Lenny J. Richoux is the Director of Manpower and Personnel, Joint Chiefs of Staff (JCS J-1). In this role, he is responsible for providing the Chairman of the Joint Chiefs of Staff with manpower and personnel counsel and support. He and his staff develop best military advice to national decision makers and provide strategic direction to the Joint Force by enabling global integration to achieve maximum comprehensive Joint Force readiness.

General Richoux was commissioned through Air Force ROTC at Georgia Tech. He began his flying career at Loring Air Force Base, Maine, and has primarily flown the C-17 and KC-135. He has commanded a joint unit, an Air Force wing and squadron and served as a vice wing commander. General Richoux has deployed in support of multiple operations around the around the globe, primarily throughout the Middle East. The general has served in several key staff billets, including the Joint Staff, Combatant Commands, NATO, as well as the Air Staff. 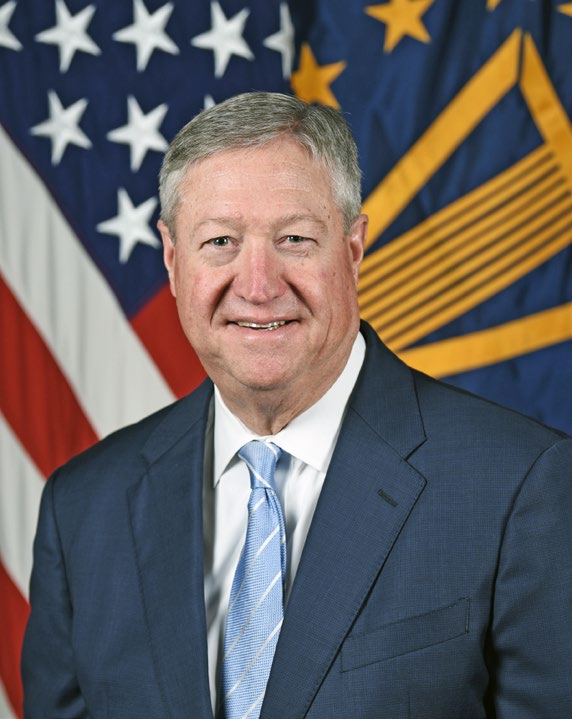 The Director, Administration and Management (DA&M) is the Principal Staff Assistant to the Secretary and Deputy Secretary of Defense for organizational and management matters. The DA&M manages the Pentagon Reservation, including all construction, renovation, facility operations, maintenance, and security; provides administrative, personnel, and budget support to OSD, selected Defense Agencies, and DoD personnel in the National Capital  Region; and supervises Washington Headquarters Services (a DoD Field Activity) and the Pentagon Force  Protection Agency.

Mr. Donley was appointed DA&M in May 2021 and previously served in the same position from May 2005 to June 2008. He was most recently a Trustee and Chairman of the Board for The Aerospace Corporation, a Federally-Funded Research and Development Corporation (2013-2021), and was an independent defense consultant.

Mr. Donley served in the U.S. Army from 1972-1975 and holds B.A. and M.A. degrees in International Relations from the University of Southern California.
He is a recipient of the Department of Defense medal for Distinguished Public Service and equivalent awards from the Departments of the Army, Navy, and Air Force. Mr. Donley also received the W. Stuart Symington and General Bernard Schriever awards from the Air Force Association, and is the 9th recipient of the Air Force Order of the Sword, an honor conferred by Air Force enlisted personnel.